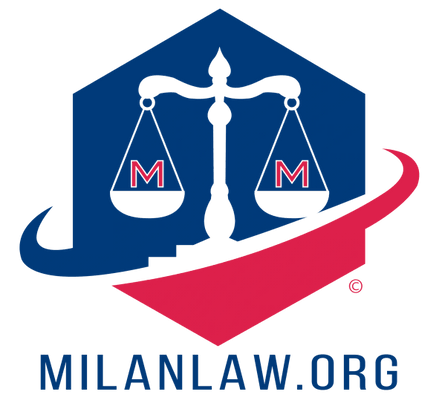 Milan G. Marinkovich is selected as TASIU counsel for 2020.

Sign up to hear about our latest news and seminars.

Milan G. Marinkovich presented a 2 hour CE lecture on Epidural Steroid Injections (Part II)  at the annual TASIU Gulf Coast Insurance Fraud Seminar on April 10, 2019. This lecture was a follow-up to his 2017 presentation, "Deconstructing the ESI Buildup: A Proactive Approach."

JURY VERDICT - $111,845.00 Awarded to Milan's Client After Jury Deliberates for Less Than 3 Hours

Milan was recently retained to try a personal injury case for a  Plaintiff where the Defendant's insurance carrier refused to tender the  $30,000.00 bodily injury policy limits.  After refusing the Plaintiff's  reasonable demand,  the Defendant's carrier offered policy limits at the  Courthouse steps. The Plaintiff  rejected this untimely offer, which was made more than 19 months after  her reasonable demand. Milan tried the case to a Harris County jury and  his client was awarded $111,845.00 in damages for medical care expenses  in the past, physical pain in the past, mental anguish in the past, and  physical impairment sustained in the past. The jury's award was almost 4  times the policy limits.  This is the second six-figure jury trial  verdict Milan has obtained for a Plaintiff in Harris County, Texas in  2019.

Court of Appeals, First District of Texas at Houston

Milan represented the Defendant/Appellee who was sued as a result of a rear-end collision which occurred on June 6, 2015. The Defendant/Appellee was served with the lawsuit after the two-year statute of limitations expired. Milan raised the affirmative defense of "statute of limitations" on behalf of his client. He argued that while the lawsuit was timely filed, the Plaintiff/Appellant did not serve his client until after the statute expired, and that the Plaintiff/Appellant could not prove "due diligence" in both the issuance of citation and the service of citation as a matter of law. Pursuant to Proulx v. Wells, 235 S.W.3d 213, 215 (Tex. 2007), Milan contended that a timely filed suit does not suspend the running of limitations unless the Plaintiff exercises due diligence in the issuance and service of citation, and  specifically argued:

2. The Defendant/Appellee was not served with the Original Petition until September 14, 2017 - 100 days after the expiration of the limitations period;

3. Plaintiff/Appellee first requested service of process on June 9, 2017,  which was 10 days after filing the Original Petition and 3 days after the limitations expired.

The 215th District Court agreed with Milan's arguments and dismissed Plaintiff's/Appellant's lawsuit with prejudice based on the affirmative defense of Statute of Limitations and an appeal followed. The Court of Appeals for the First District of Texas (No. 01-18-00122-CV) overruled all 5 points of error raised by the Plaintiff/Appellant, affirmed the final order of the trial court, and ordered the Plaintiff/Appellant to pay all appellate costs.

Milan represented two defendants who were alleged to have operated a home day care facility in a rental home. The Plaintiff alleged she fell on an unknown substance in the rental home, sustaining serious injuries. The Plaintiff filed suit under the theories of premises liability and gross negligence. After filing a no-evidence motion for summary judgment on behalf of his clients, the court dismissed the Plaintiff's claims.

Milan represented both the mother as next friend of the minor child, as well as the minor child in an illicit sexual contact case. On August 25, 2013,  the mother dropped off the minor child (the "Minor"), a seven-year old girl,  at the defendant's home where he and his wife lived. The defendant's wife was a regular babysitter of the Minor. Later that day, the defendant unlawfully and intentionally assaulted the Minor by engaging in illicit sexual contact. By definition, a person commits an assault by illicit sexual contact by touching the anus, breast, or any part of the genitals of another person with the intent to arouse or gratify the sexual desire of any person. The minor made an outcry later that evening to her mother, testifying that the defendant kissed her on the lips and fondled her vagina with his hand. Prior to the outcry, the Minor had already taken a shower and her clothes were laundered.  Thus, there was no DNA evidence available. During closing arguments, Milan asked for $250,000 as compensation for the Minor's  damages. After 2 days of testimony, a unanimous jury voted 12-0 finding that the defendant committed an assault against the minor. The jury awarded her $300,000.00 in damages.

Court of Appeals, Fifth District of Texas at Dallas

Milan G. Marinkovich represented the security company at Stonebriar  Centre Mall ("Mall") in Frisco, Texas. On the evening of March 4, 2015, a  winter storm moved through North Texas causing temperatures to fall  below freezing and turning rain into ice and snow. The Plaintiff's  lawsuit alleged she sustained various personal injuries after a slip and  fall accident at the Mall from ice on March 6, 2015. After the trial  court granted summary judgment on behalf of the security company and  other named defendants, the Plaintiff/Appellant appealed to the Fifth  District of Texas at Dallas.

The central issue was whether the ice, which caused  Plaintiff/Appellant to fall, was the result of natural accumulation. The  Texas Supreme Court has held that whether a condition on a premises  owner’s property, like a natural accumulation of ice, poses an  unreasonable risk of harm is a “matter of law” determination. See Scott and White Mem. Hosp. v. Fair, 301 S.W.3d 411, 419 (Tex. 2010). In Fair,  the Texas Supreme Court concluded “naturally occurring ice that  accumulates without the assistance or involvement of unnatural contact  is not an unreasonably dangerous condition sufficient to support a  premises liability claim.” Id. at 414. A natural accumulation of ice is  one that accumulates as a result of an act of nature, and an unnatural  accumulation refers to causes and factors other than inclement weather  conditions. Id. at 415. However, salting, shoveling, or applying a  chemical deicer to a natural ice accumulation does not transform it into  an unnatural one. Id. at 419. “To find otherwise would punish business  owners who, as a courtesy to invitees, attempt to make their premises  safe.” Id.

Responding to the appeal, Milan contended that the security company  owed no duty to the Plaintiff, and that the natural accumulation of ice  was not an "unreasonably dangerous condition" to support  Plaintiff's/Appellant's premises liability claim. The appellate court  agreed, affirmed the trial court's judgment, and overruled ten issues  that the Plaintiff/Appellant raised on appeal. In addition, the  appellate court awarded Milan's client their costs of this appeal.

FEBRUARY 1, 2019: Milan G. Marinkovich represented six named defendants in a slip and fall case occurring at The Galleria Mall in Houston, Texas (“Mall”). The Plaintiff’s lawsuit claimed that while on the Mall premises, she slipped and fell in a puddle of standing water on the floor and sustained various personal injuries and damages as a result. Plaintiff brought a premises liability action for personal injuries resulting from Defendants’ alleged negligence and gross negligence. Although the Plaintiff’s Original Petition was timely filed on  April 24, 2018, (one day before expiration of the statute of limitations), Plaintiff failed to request citations for the named Defendants. The Plaintiff did not request civil process for any of the defendants between April 24, 2018 and June 1, 2018 (a period of 39 days). Because the statute of limitations expired on April 25, 2018, the Plaintiff’s request for citations on June 1, 2018 was indisputably after the statute of limitations expired. This untimeliness was fatal to Plaintiff’s claim. The Texas Supreme Court previously held that a timely filed suit “will not interrupt the running of limitations unless the plaintiff exercises due diligence in the issuance and service of citation.” Proulx v. Wells, 235 S.W.3d 213, 216, (Tex. 2007). A traditional motion for summary judgment was filed based on this affirmative defense. On February 1, 2019, the trial court granted summary judgment as to all named Defendants. The Court’s Order effectively dismissed the Plaintiff’s case with prejudice.  Because the due-diligence issue was recognized early on in the litigation process, Milan’s clients benefited from significant savings in litigation expenses.

SEPTEMBER 17, 2018:  Milan G. Marinkovich represented the defendants in a premises liability  lawsuit. The Plaintiff claimed various personal  injuries arising out of an alleged slip and fall on or about March 19,  2016, at The Galleria Mall, in Houston, Texas. After Milan filed both  traditional and no evidence motions for summary judgment on behalf of  all named defendants, the Court dismissed all of Plaintiff's claims.

FIFTH FAVORABLE DEFENSE VERDICT IN A ROW TO END 2017

AUGUST 23, 2017:  Plaintiffs' submitted $39,573.17 in combined admissible medical  specials, recovering only $20,727.90 from the jury. This award  represents a recovery of only 52.38% of their combined medical specials,  with nothing awarded to either Plaintiff for past physical pain.

JULY 28, 2017:  Plaintiff filed a lawsuit alleging that in March 2015, she slipped and  fell on ice outside a nationally known department store, located at a  well known mall in North Texas. The icy conditions resulted from a  three-day snow and ice storm that had struck North Texas. Our client (the security services company at the mall) was sued in  addition to the owner of the mall and the mall's janitorial services  company. At her oral deposition, the Plaintiff testified that she fell  on ice on the sidewalk handicapped access ramp leading to the department  store entrance. The Plaintiff sustained a fractured right wrist which required surgery  to place metal rods into her wrist and four months of physical  rehabilitation after the surgery. The Plaintiff was seeking in excess of  $500,000 for her injuries. Although the Plaintiff repeatedly claimed throughout the case that all  defendants were on notice of a prior fall, her bare assertion was the  only evidence of notice she could produce. We demonstrated that the  Plaintiff knew of the icy conditions before traveling to the mall on the  morning of the incident, and that her fall was caused by the  slipperiness of the ice itself, and for no other reason. The trial judge  agreed and granted a full summary judgment in our client's favor  because: (1) the Plaintiff was unable to establish any duty between our  client and herself and (2) the cause of her fall was due to the ice and  no other reason such as a premises defect or negligent activity.

Milan G. Marinkovich presented "Deconstructing the ESI Buildup: A  Proactive Approach" on Thursday April 6, 2017, at the 2017 TASIU Gulf  Coast Insurance Fraud Seminar and Vendor Expo at the Pasadena Convention  Center.  The class examined how the Plaintiffs’ bar utilizes  unnecessary ESI’s (Epidural Steroid Injections)  to increase their  clients’ medical specials and how these lawyers obtain "future” surgical  recommendations for their clients. Milan's proactive approach provided  the audience with specific, case-proven mechanisms to combat the ESI  Buildup as well as suggestions for defending cases where ESI's are part  of the treatment protocol.